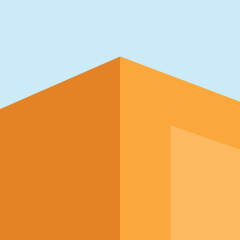 A HomeLight concierge will reach out on Victor Neavins's behalf within 3 mins during business hours.

Is Victor the right agent for you?

Victor works under Native Properties of Florida LLC. Victor has worked as a real estate agent for 16 years. Victor has sold 21.64x the number of single family homes as the average agent in the area. We have data on 140 of Victor’s transactions. This real estate agent most often represents the seller (80% of the time), but they also have experience representing the buyer side of transactions, with 45 deals recorded. Here’s what we know about Victor’s work: - Victor recently sold one home for $754,900. - this real estate agent is skilled in fast home sales: they have listings that have sold in as little as 3 days. - Victor is an agent who sells homes for top dollar. HomeLight has data on 111 transactions Victor has done in St. Petersburg. Victor has closed 103 more home sales than the average agent in the area.
License Number

Tell us about your experience with Victor Neavins

Is Victor the right agent for you?

Buy
Sell
Are you Victor?
Claim Your Profile

Agents Selling Homes Where Victor Does