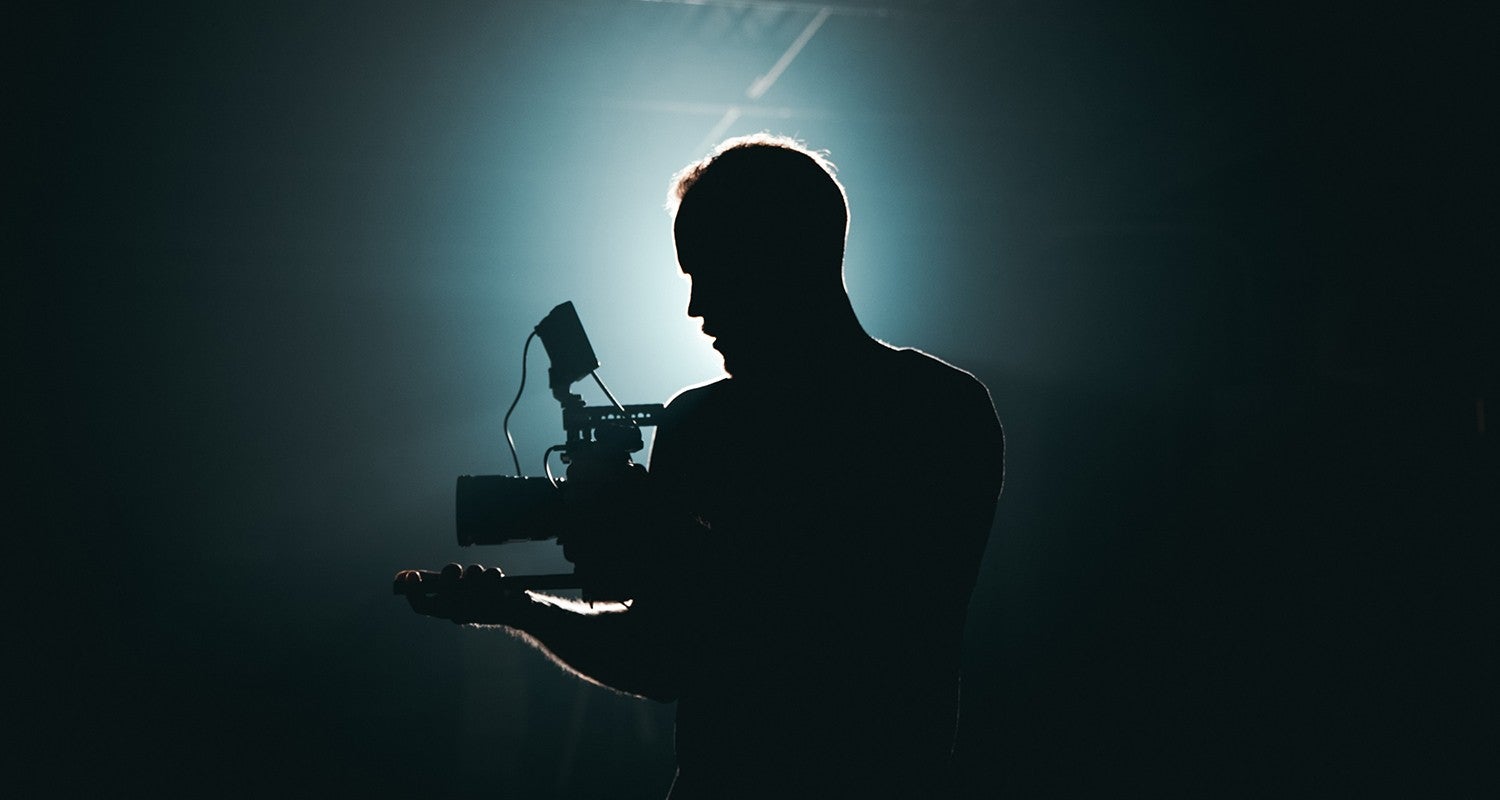 Tim Macy had a problem. He was about to put a new home on the market and wanted to make a listing video to promote it online. The home was nice enough, but nothing about it really stood out. It was like a lot of the homes in the neighborhood.

Then he found something unusual: a tiny desk and office underneath the stairs. Macy, a top agent with RockHouse Realty Group at eXp Realty in San Antonio who was recently named a 2019 BombBomb Real Estate Video Influencer, had the hook he needed to create a better listing video.

“In the video I say, ‘Check out this house because it has this Harry Potter room’ and one of the first shots is me sitting in the room and my daughter opening the door. It’s so engaging and that gave it a little boost and more exposure.”

That kind of creativity is a must when you think about how much video people watch online. YouTube says we watch more than one billion hours of video every day. And when it comes to Facebook, 60% of Americans who watch digital video do so on Facebook. Instagram says more than 500 million users watch video on Instagram Stories every day.

But most real estate agents aren’t taking advantage of video. In the National Association of Realtors’ 2019 Profile of Home Buyers and Sellers, only 10 percent of sellers reported that their agent used video to market their home.

“Video is no longer the next thing; it’s the now thing,” Macy says. “If you’re not doing it for your listings, you’re doing yourself and your clients a disservice.”

The good news is that it’s never too late to start making videos for your listings. Here are nine steps to make listing videos that will both charm homebuyers and compel sellers to hire you.

1.) Your first decision: hire a videographer or do it yourself?

Ryan Snaadt, an Iowa-based real estate videographer who also trains aspiring video professionals, says it takes him a couple of hours to create a high-quality real estate listing video; he charges clients $750 and up per video. The final cost depends on a number of factors such as the home’s size and listing price. The length of the video you want (see below for more on that) and even where you’re located can also impact your costs.

In informal conversations, several agents and videographers told us that a typical 2-3 minute listing video should cost between $300 and $1,000, but you may come across fees as high as $2,000 to $3,000. Bottom line: get quotes from several videographers to learn the current rates in your area.

Not sure how or where to find a videographer? Try these ideas:

Not all agents can afford to hire a videographer, especially if you’re selling a lower-priced home. If you don’t have the budget to hire a pro for all of your listing videos, there’s nothing wrong with the do-it-yourself approach. “You can also shoot a fun video on your iPhone and be creative,” says Snaadt.

Macy often records a lot of video content on his iPhone 11 Pro Max. “I’ll shoot a selfie of me out in front of the house and say, ‘Hey, it’s Tim. I’m at 123 Main Street and I want you to check out this house because it has an unbelievable kitchen and it’s just been renovated.’”

If you’re hiring a professional, Macy says you should give the videographer specific examples of what you want your video to look like. “Include the fact that you want it to be at this pace, with this type of music and with these type of shots,” he says.

“You’ve given them a guide and something to go by and you’ll tend to be happier with the results you get back.”

If you’re making the video yourself, this isn’t the time to whip out your phone and record with no focus. A D-I-Y video shoot should begin with preparation like this:

On that last point, if you don’t know what shots you want in your video, watch other listing videos on YouTube for inspiration. Don’t copy another agent’s style exactly, but pick and choose the shots and styles you like to create a listing video that fits you and the homes you sell.

3.) Make a listing video for every home you sell.

Listing videos are great for showcasing million-dollar homes, but agents should make listing videos for homes in all price points.

“Obviously luxury videos are fun because everybody likes to dream about living in one of those, but what if you made a video about a fantastic house that’s less than $200,000?” says Macy. “You can talk about how great of an affordable home it is and show how close it is to the park.”

4.) Put yourself in every listing video so viewers get to know you.

Many home listing videos consist of music and video shots of the home’s interior and exterior. That’s it. Effective? Maybe. “But when you have people in a video it’s more engaging,” says Macy. “And if your content is not engaging, it’s going to disappear and nobody’s going to watch it.”

In one of his own videos, Macy jumped on a scooter and recorded his two-minute ride through San Antonio to the home he had listed for sale.

“Some people would say, ‘Why don’t you focus on the house instead of riding a scooter down the street? Well, if I just did that, nobody would see it. But since I jumped on a scooter and went by local restaurants, more people watched and more people saw the house,” Macy says.

A listing video isn’t just about selling the home; it’s also a way to introduce yourself to potential clients. Put yourself in every listing video, even if it’s just a spoken intro and outro. “I see agents that put out a ton of listing videos that they’re not in and people aren’t getting to know that agent,” Macy says.

5.) Match the music to the mood of the home.

You’re making a video, but don’t overlook the audio. Along with beautiful visuals, the right soundtrack will help buyers get a sense of what it would be like to live in the home. The music in your listing video should appeal to potential buyers and match the mood of the home.

“A country cabin listing would have different music than a cottage on the beach,” says Snaadt.

“In this video [above], the music is upbeat, modern, and happy — similar to this home’s layout. If it were a snow-covered cabin in the woods, you would look for music that is more rustic and fits the style of the home. [The video below] would be more of that ‘rustic’ example with acoustic spunky music.”

One agent sent Snaadt a very confusing listing video that she created to sell a high-end, million-dollar castle. “It was so fast-cutting and the music was high intensity,” he says. “Sometimes you get lost in the creative and forget the strategy, which is to entice people who want to come to see the home.”

Look around on YouTube and you’ll find listing videos that run the gamut from really short to really long. Have you ever seen a 37-minute long listing video? Here’s one.

More common is a video like this one that runs slightly more than three minutes.

And here’s one that runs about 14 minutes.

“There’s no such thing as a perfect length, as long as it’s entertaining and engaging,” says Macy.

Macy explains that you’ll know the right length for your listing video when you’re editing it. “Say you’ve got your daughter who has a puppy in the video because it’s a vacant listing and that makes it more fun. You get the shots, put the video together and feel like you’ve got a minute and 20 seconds of real entertaining stuff, so the video is one minute and 20 seconds. If you feel like it’s only entertaining for 45 seconds, then only make it 45 seconds.”

In the past, real estate agents might rent a helicopter in order to capture aerial views of a special property. Today, many agents use a drone to capture that magical view above tree-level, and that footage often becomes the opening or closing shot of a listing video. Drone shots are also used to show potential buyers the home in the context of the neighborhood. For example, you can show how close the home is to parks, schools, and shopping centers.

Drone footage can be captivating, but Macy urges agents to be careful. “Drone shots are a powerful tool, but don’t fall in love with them or overuse them,” he says. “We [agents] think they’re so cool that we end up doing [a long] drone shot and you lose everybody’s attention.”

Drones can range in price from about $50 to $2,000 or more. Agents in the ~5,900-member RE TV Facebook group often recommend DJI drones, but you’ll have plenty of options if you decide to buy one. There are a number of real estate drone buying guides online like this one from DronesGlobe.com.

If you’re planning to fly a drone to get footage for your listing videos, be aware of the Federal Aviation Administration’s drone rules and registration requirements. The FAA has also partnered with a couple industry organizations on an education campaign called Know Before You Fly, which explains how to fly drones safely. And speaking of safety, the Insurance Information Institute warns that commercial drone use isn’t covered by personal insurance policies, so you should contact your insurance provider to see what coverage is needed. Accidents can happen, especially if you’re new to flying drones.

8.) Focus on building your audience and giving them value.

Your immediate goal with listing videos is to sell homes, but there’s an equally important long-term goal: building an audience of viewers that will see and engage with you and your videos in the future.

Macy brings up a hypothetical scenario where two agents are competing to sell a home.

“One of them has an audience on social media that knows, likes, trusts and follows them. The other agent doesn’t.” In that situation, Macy says the first agent “can make a listing video that’s not as good, but that video is going to do better than the video” from the agent that doesn’t have an audience. In other words, you can make the best listing videos in your market, but what good is it if you don’t have an audience to watch it?

Macy agrees. “You have to lead with adding value to your audience to grow an audience,” he says. “You want to be the TV show, not the advertisement.”

YouTube is littered with inactive real estate agent accounts. Many agents try it out, post a few listing videos, then give up when the videos only earn 10-15 views.

That’s a mistake. Listing videos, like most marketing that agents do, are a long-term play.

“You have to continue to create video and build an audience for you to actually see the value in it,” Macy says. “Because if you’re just making a listing video every other week, you’re not going to see the value. The only way you get better at doing video is to do more video.”