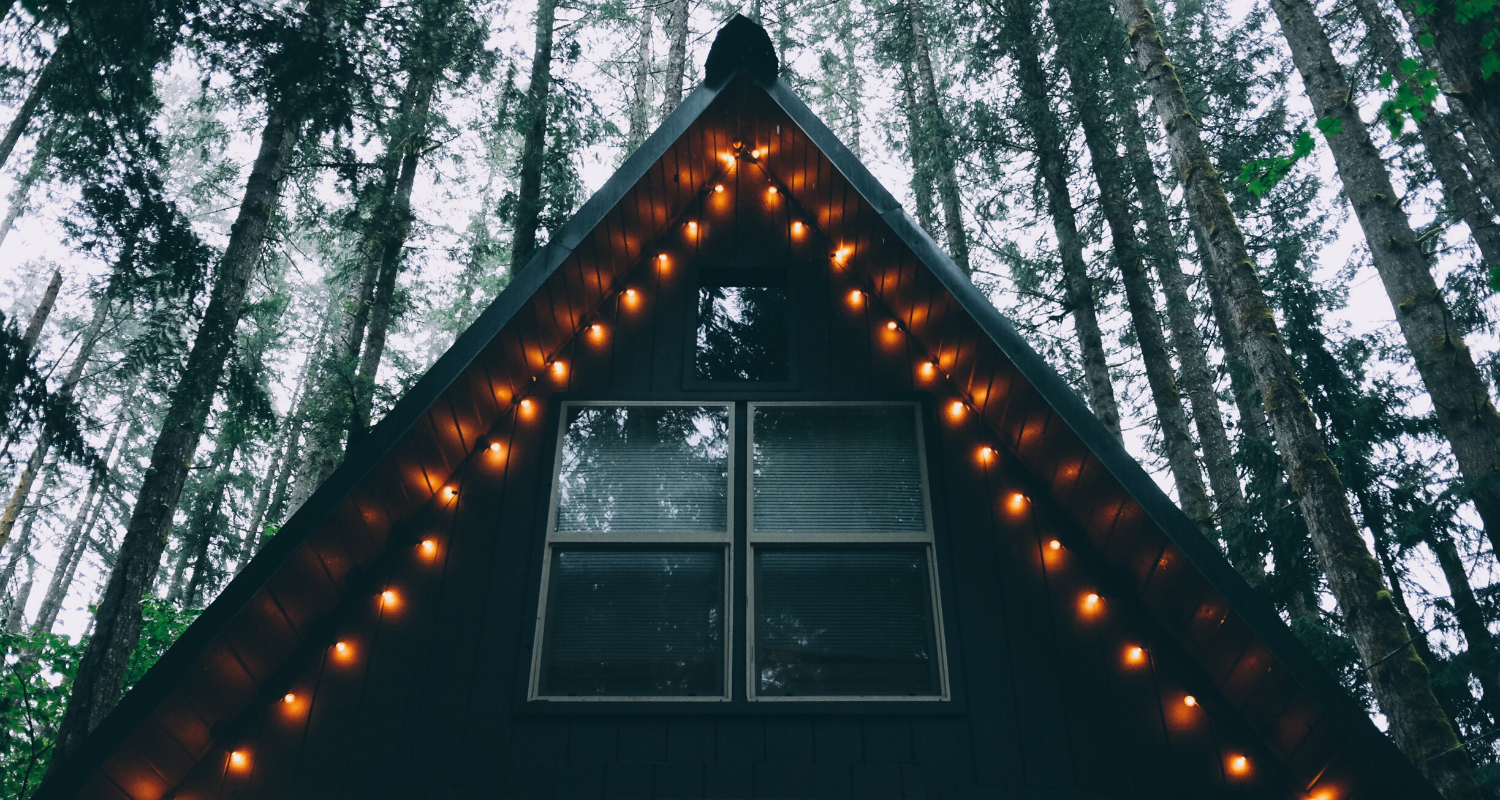 You’ve heard the stories about people who’ve bucked the system when it comes to homebuying, striking out and building their home themselves at a huge savings. Considering the ever-rising costs of existing homes and lack of affordable housing in many areas, building new can seem very appealing. But you also have to wonder how sustainable the idea really is. Is it possible to build a home inexpensively, and what is the cheapest way to build a home?

Las Vegas real estate agent Daryl Hanna, a 17-year veteran of the industry, says that the savings can be big for an owner-builder.

“In Las Vegas, most builds are going to be on the higher end cost-wise, but you can still save a lot of money if you build it yourself,” he says.

“The biggest savings is not having to hire a contractor to sub all the work out for you; you can sub it out yourself.”

Hanna says most of the builds he’s seen are by people who already have extensive experience in the construction industry — contractors who want to build their own place, or carpenters who know they can do a lot of the work themselves. “You can save 40% to 50% on building costs as an owner-builder,” he says, “but it’s also important that you know what you’re doing, as mistakes can end up costing you more than if you’d hired someone to do the build.”

Shannon Black built his first tiny home with only his own construction experience to guide him.

“I’m originally from New Mexico and built three regular-sized homes while living there,” he says. “I moved to Washington when the tiny home movement was just beginning and decided to build one.”

Black chose to go with a wheeled home. He says the trailer for it was a big part of the budget, as he decided to use a trailer specifically made for tiny homes. Because the home was built on wheels, it was not subject to any required permits or inspections.

He used primarily new materials, with the exception of the doors, which he purchased used, and also put in RV hook-ups for power, water, and sewer.

Black says there are certain building materials you shouldn’t use in a wheeled tiny home, such as drywall, because it can crack when the home is being transported, but otherwise much of the materials used are the same ones that would be part of any home build. “I used regular windows and doors,” he says. “For the most part, it had everything you’d find in a larger home.”

Black enjoyed the process so much, he decided to make a business out of it and started up Big Freedom Tiny Homes out of Bellingham. “It’s a learning process,” he says. “I’ve built 13 tiny homes so far, and with each one I keep learning.”

Gainesville, Florida, resident Troy Rosslow thought about building a home from a shipping container for 15 years before he took the plunge. “I’d been involved in the building trade for about 25 years,” he says. “I worked in home improvement and contracting.” After changing careers to become a licensed social worker, he maintained an interest in construction and building.

He decided to build a tiny container home in the backyard of his own residence, with the intention of using it as a rental. His budget was originally $12,000, and Rosslow says the project came in at a total cost of about $16,000. “We had to do some improvements to our existing house in order to make it fit, had to clear some trees, and upgrade our existing electrical panels to be able to hook the container up to them,” he says.

The home did not require any special permits, as it is considered a temporary portable structure and isn’t attached to a foundation. “Containers are kind of unique in that way,” he says. “They are already a structure and are structurally sound, so many of the permits and inspections aren’t required.”

Rosslow says the biggest problem he found was the volume of air space within a tiny home. “We had immediate problems with humidity, because when you’re in a tiny space like this, just breathing adds a lot of moisture to the air,” he says. “And containers are very tight — literally welded together — so I had to make some adjustments for that.”

With the success of his first container home, Rosslow has gone on to teach workshops to other interested builders, and he has plans to build a full-size home made from shipping containers. “My family has outgrown our current home, and I realized that using containers to build a new home would be the most cost-effective, sustainable thing I could do,” he says.

He estimates the cost for the new home, which will be approximately 3,000 square feet, to be about $150,000, not including land. “There’s no way I could build a traditional home of that size for that price,” he says. “Plus, this is a labor of love, something I’ve wanted to do forever.”

In Alaska, it’s still relatively easy to get away from it all and build in a remote area. For Doug Garrison and his wife, Jeanette, building an off-grid cabin was an affordable way to have a retirement home that they loved. The couple came to Alaska from Michigan in 1982, after a stint in the military introduced them to the state.

They started spending time on the island of Seldovia, located in Alaska’s Kachemak Bay, and an opportunity came up to acquire land there. “We had friends that had a cabin on the island and we spent a lot of time there,” says Doug. “When we heard that there was a lot available, I knew I wanted it.”

Garrison realized that building might be a challenge. “I had no building experience,” he says. “I did hire a contractor to do the framing, but I did everything else myself.”

To top it off, Seldovia is only accessible by boat. The water-only access proved to be one of the most difficult aspects of the build, as getting materials over to the island was no easy task. “I had 6,000 pounds of materials brought over by barge, and everything else I transported myself on my 18-foot skiff,” says Garrison.

Their budget of $20,000 included the contractor for the framing, building materials, a heater, propane appliances, and most of the home’s furnishings. “The biggest savings on the build was simply by doing it ourselves,” he says. “If I didn’t know how to do something, I researched or asked friends for advice. I even did the electrical myself — and I’m not an electrician.”

The remote location also meant Garrison was able to avoid having to get any kind of special permits or inspections, and while he initially got a generator for his electrical power, he has since gone solar. “We’ve purchased two solar panels in the last five years,” he says. “If I had it to do over, I’d probably go 100% solar — it’s that efficient.”

His only other regret was trying to cut corners on things he shouldn’t have, such as windows. “I initially bought used windows,” he says. “They unfortunately didn’t last, the seals started breaking and they were drafty — so I ended up buying new ones anyway.”

Garrison says that building his cabin was a process, but was an affordable way to have a remote home that they could enjoy. “I’d advise anyone looking to build off-grid to ask lots of questions, and do as much work as you can yourself. It was a lot of work, but I also saved a lot of money.”

Also in Alaska, firefighter Ben Lewis decided that the only way he was going to get the home he really wanted was to build it himself. “I started working as a carpenter when I was a senior in high school and was in the industry for 12 years before I got hired as a firefighter,” he says. “My wife and I had talked about building our own place for a long time, and I knew I could save by doing the bulk of the work myself.”

Lewis started by seeking out the perfect lot, which took some time by itself. “I found one lot I really liked, and I decided to get the soil tested before I bought it. I hired an engineer to run soil samples, which was kind of expensive, but it saved me money in the long run because as it turned out, the soil wasn’t good for building,” he says. Lewis and his wife ended up finding their lot just outside the city of Anchorage.

He did hire an architect to create the plans, as well as subcontracting some of the more specialized work, like electrical and plumbing.

The proposed budget for the build was about $125 to $150 per square foot. Lewis says they went a bit over that — mainly because he wanted a high-quality, energy-efficient home. “I think we ended up spending closer to $175 per square foot, but that included things like in-floor heating and triple-pane windows,” explains Lewis. “If I’d hired someone else to build the home, there is no way I could’ve afforded those extras.” The finished home is right at 2,800 square feet.

Lewis recommends that anyone looking to build their own home should take their time and really research the process. “We took about a year to plan our build, and the construction took about 14 months,” he says. “You should always have a buffer with your budget, because costs inevitably end up being higher than you think.”

For Lewis, the satisfaction outweighs any of the difficulties that building your own home can bring. “I live in a house I built myself,” he says. “That’s the reward.”