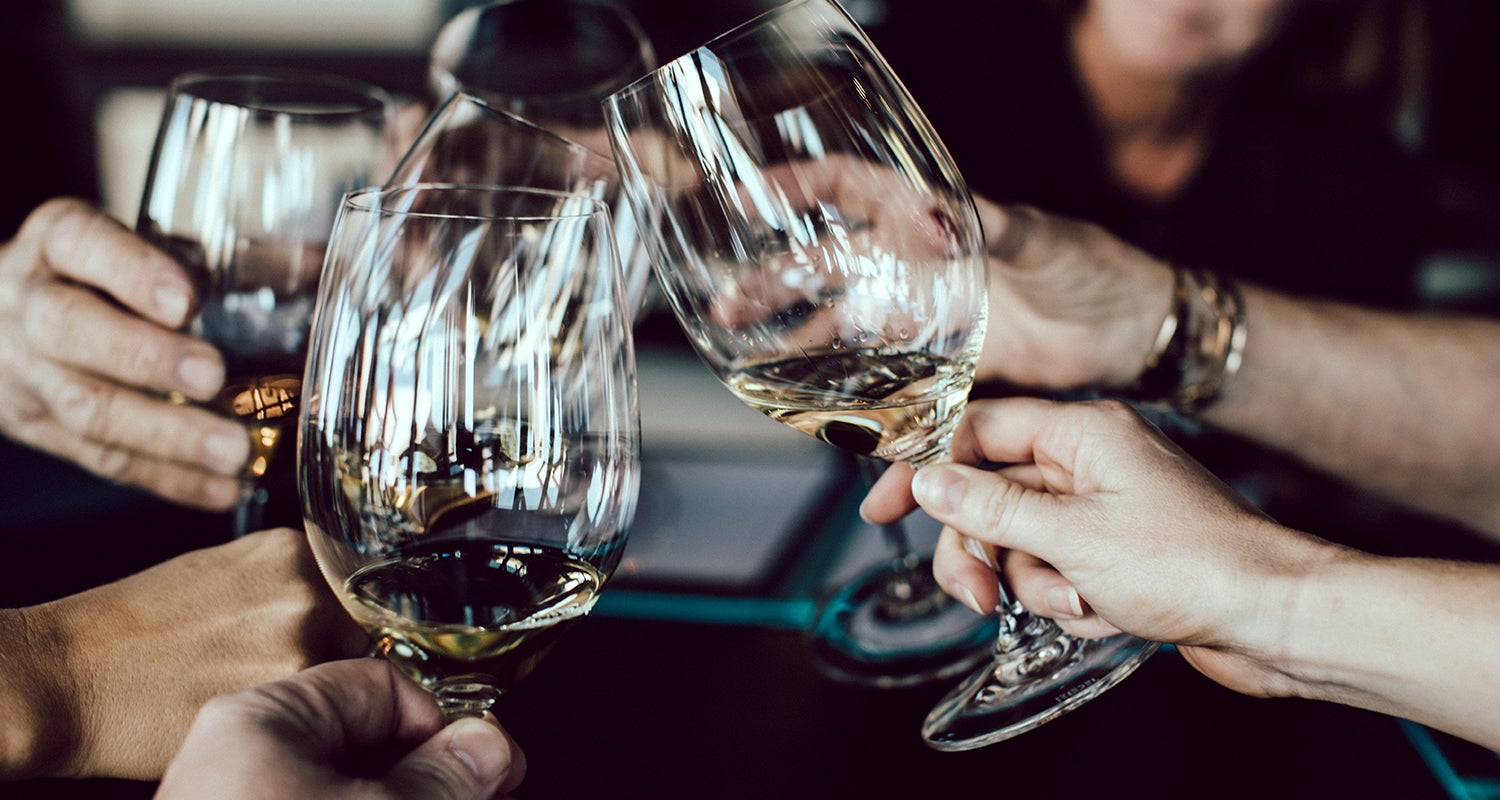 Repeat and referral business is the lifeblood of a successful real estate career. Agents adept at nurturing those relationships can earn as much as 75 percent or more of their income from past clients and referrals. Some agents work these relationships so well that it becomes 100% of their business.

For good reason, too. According to research from Invesp, a conversion rate optimization firm, it costs five times more to acquire a new client than to retain an existing one. And the probability of selling to a new customer ranges from 5% to 20%, while existing customers are 60% to 70% more likely to buy.

While a recent National Association of Realtors survey reported that the typical real estate agent earns “13% of their business from repeat clients and customers and 17% through referrals from past clients and customers,” the anecdotal evidence suggests those numbers could be much higher.

For Steve Castle, a top agent in Phoenix who runs Castle Real Estate Group with his wife, Michal, referrals and repeat business make up about two-thirds of his total business. But it wasn’t always like that. A little more than two years ago, Castle still focused most of his marketing energy and dollars online. But the conversion rates just weren’t there, so he and his wife decided to embrace their sphere via client appreciation events.

“We’ve noticed a huge increase in repeat and referral business since we started doing events and our overall production’s higher,” Castle says. “From two or three years ago until now, it’s probably almost a 100% increase. And it’s a much higher average sales price, too. So that’s an added benefit.”

Some agents only put on one or two events a year, while others might stage an event every month. They can take many shapes and sizes – from smaller, intimate gatherings for special clients to larger events that might include hundreds of attendees, and not just past clients.

We spoke to a pair of agents who shared six tips to help any agent stage unforgettable client appreciation events that empower you to focus on repeat and referral business and raise the bar for return on investment (ROI).

1) KISS: Keep it small and simple in the beginning

Don’t be tempted to hit a grand slam with your first client appreciation event. Castle began with a simple, adult-only, family-style dinner.

“I wanted big tables, eight to 12 people at a table, no assigned seats, just casual, where everyone could come drink wine and have a good time,” he says.

“We had about 50 people. It went great, people loved it. People were still mentioning it months later.”

Based on the success of that initial small and simple dinner, Castle says they ramped up with a bigger dinner the second time around. It worked. “We had 100 people attend. We even had the chef from the restaurant do a video inviting everyone to it.”

Hao Dang, a top Seattle agent, began doing events his first year in the industry and is also a believer in starting small. One of his first events was in a little tavern — an event he called Homes & Hops that brought football fans together on game night.

“You could do it on a Monday, Thursday or even a Sunday night game for football. And essentially you would just invite people who are into football,” Dang says. “You can get 20, 30 or 50 people to come through. I would invite my financial planner, my accountant, my dentist — people who are influential, and know a lot of people.” (Dang’s football parties involved food and beer only, no alcohol. He didn’t want an attendee to get too drunk, but if they did, he used his Uber and Lyft business accounts to pay for their ride home — a great example of going the extra mile in the name of customer service.)

2) Go big after you taste success

After Castle locked in on those smaller dinners, they expanded to a bigger event for a hundred or more guests. They’re now doing an annual event for clients and prospects at the Arizona Diamondbacks’ facility during a spring training game, with a family-friendly menu that includes burgers, hot dogs, snacks, and sodas. The Castles invite everyone in their database with an email address, then use Eventbrite to manage the tickets, and attendee lists.

Even though the event is bigger, the benefit of doing it at a ballpark is that the team and stadium take care of a lot of the legwork. “They had Cracker Jacks and stuff on the middle of all the tables and everything set up festively. So there wasn’t that much planning we had to do,” Castle says.

The sports theme is a popular one with Dang, too, especially as he’s grown into larger events.

Blitz, the Seattle Seahawks mascot, made an appearance at his most recent summer barbecue event, which also included on-site child care, balloon artists, and a raffle for NFL memorabilia.

“It was cool because people could take advantage of taking pictures with Blitz since some people never get the opportunity to go to a Seahawks game because it’s so expensive,” Dang said.

The barbecue had about 280 attendees and cost about $6,500. Dang says he’s made more than $260,000 in commissions from the leads and sales related to that event.

“Leads are still coming in from that party. The return is ridiculous.”

3) Know your audience & make every event a fit

It’s critical that client appreciation events are tailored to the actual clients, including details such as the venue, day of the week, and even time of day.

“We talk about this all the time because our overall client base trends older than some of my friends [who are agents],” Castle says. “A lot of them will rent out a movie theater. But if I rented a movie theater, I couldn’t fill it because I don’t have enough clients with little kids. I have maybe 10 clients with kids that age, so it would be really hard for me. You have to know your audience, to know what venue they’re going to want to come to.”

Dang and his team take this to another level. When they meet new clients, they identify where the client fits on Larry Kendall’s Power – Party – Peace – Perfection personality model and target their invites accordingly. Their “party” clients get invited to the more social events, for example, and they want the “power” clients who are influential to be at the bigger events.

“We associate like-kind with like-kind,” he says. “We’re very strategic on who we invite to these parties, so that’s why we can have so many different parties or functions.”

Working with a business associate, whether it’s a lender, lawyer, or title company, can help you defray the costs of putting on a client appreciation event while generating leads for them, as well. This works especially well if you’re not sure about an appropriate budget for your events.

“I always tell everyone to look at your business as a whole and do something that makes sense,” Castle says. “Throwing a $10,000 dinner if you’re making $38,000 in gross commissions a year doesn’t make any sense, obviously.” But you can still host a memorable event with some help. “Get a couple of partners, like a lender or title company, and keep your costs down. You can easily throw a really nice [event] for under $1,000 if you get a couple of partners. It’s a huge bang for your buck.”

Dang takes the same approach. For a $6,000 event, he says his costs might only be one-third of that. “I usually get both of my lenders to contribute,” he says. “I get a lot of people to contribute. They want to because they want to be there.”

5) Leave the sales pitch at home

Few things can break up a party quite like an advertisement right in the middle of it.

“I talk in front of everyone,” Dang says. “But I don’t ask for the referral. I think that’s really tacky. I usually just say, ‘Thank you for your business. I’m really grateful for you all coming out.’ Then we’ll just look to follow up.” (More on that below.)

Castle takes the same approach at his events.

“When I say, ‘Thank you, we’re doing great this year and we’d never have been able to do it without you guys sending your friends and your family and coming back to us’ – to me that’s not asking, it’s saying we need you again,” Castle explains. At the dinner event, Castle says he usually speaks briefly before the food starts being served. “These people are bright. They understand what’s happening. They understand I need referrals and I want the business to keep growing.”

Since you’re not using the event itself as a sales tool, the ROI will come from your follow-up after the event.

Even if someone approaches him to talk about real estate during the event, Dang prefers to have those conversations later. He’ll send the person a text during the event as a reminder to follow-up the next day.

“They usually text back, and then the next day after the party I usually call each and every one I texted,” Dang explains. After an event, Dang says he can fill 3-4 weeks with new appointments. “I usually get about 10% to 15% [who] actually want to meet. So out of 250 people [at the event], I’ll schedule about 25 appointments. I’m scheduling about eight appointments a week with just the people that came to the party.”

Bottom Line: Get started and figure it out along the way

It doesn’t matter what business you’re in — it’s harder to get new customers than it is to keep the ones you already have. Client appreciation events not only let your customers know how much you appreciate them, but also keep you top of mind without the blatant sales pitch.

“The key for the first year is to just do them and invite people and don’t stress out too much about getting it perfect because you’ll start to figure out what works for you,” Castle says. “But start doing it early because it’s a huge opportunity to connect with your people.”