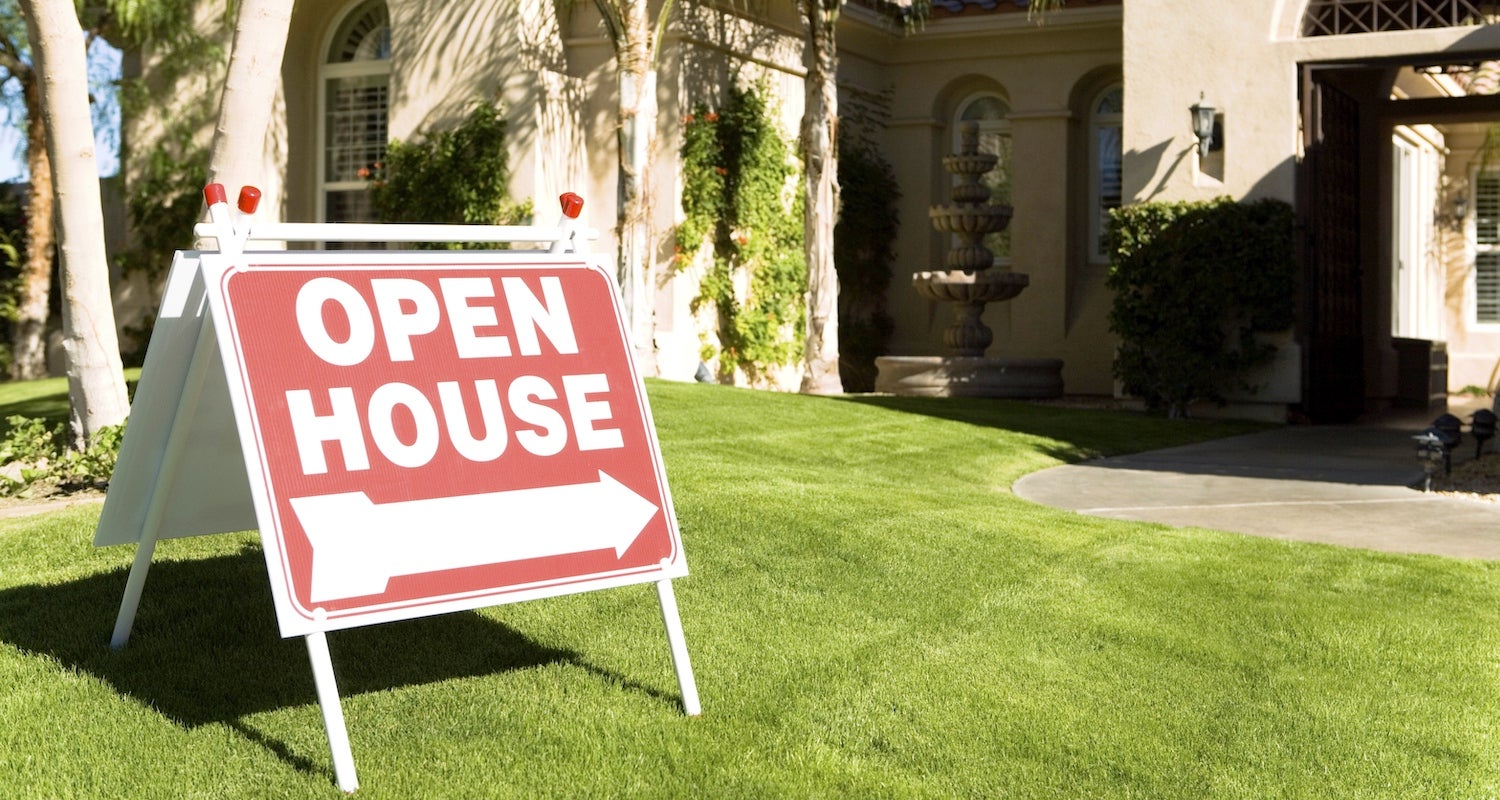 At some point while house hunting, you’ll need to back away from the online listings and check out some properties in person, and attending open houses can be a great way to do that.

But if you haven’t been to an open house before, you’ll need some clarity around the rules of the road and how these events typically play out. Who will be there? Are you free to wander anywhere? How can you make the most out of your time touring the home?

Not to worry. Let’s talk about what happens at an open house so you know just what to expect.

1. The listing agent will host — you likely won’t meet the sellers.

If you were hoping to meet the current owners of the home at the open house so you could ask them questions about it…sorry, but you won’t get that opportunity. Sellers don’t usually hang around during their own open house. It’s considered rude to do so. Without the owners there, visitors can feel free to check out the place and visualize it as their own.

You will, however, meet the listing agent representing the property when you attend an open house. Whether you bring your buyer’s agent to any open houses is up to you, but you certainly don’t need to have your agent there to pop in and check out a house that’s open to the public. Plus, buyer’s agents are fine with their clients visiting open houses without them.

“I love when my buyers go to open houses,” says Jeremy Zucker, a top agent serving the White Plains and New Rochelle areas in New York who specializes in helping buyers. Zucker says he not only appreciates buyers’ initiative, but he also asks for their impressions of any homes they’ve toured and checks out the properties himself if he hasn’t already.

The nature of an open house invites anyone and everyone to take a peek. So in addition to serious buyers, you could bump into curious passersby, nosy neighbors, and some lookie-loos. On the plus side, that eases the pressure if you’re nervous about dealing with the agent one-on-one the whole time.

Visiting an open house boosts your confidence as a potential homebuyer and hones your skills in assessing a house as an asset, adds Elizabeth Willard Thames, author of Meet the Frugalwoods: Achieving Financial Independence Through Simple Living and a blogger since 2014.

Thames writes that she and her husband visit open houses often, partly as a hobby and also with an eye toward investment. (She estimates that they’ve been to more than 270 since they first moved to Cambridge, Massachusetts, in their twenties.)

“Going to a bunch of open houses is like dating before you get married,” Thames writes. “You become familiar with the terrain, you learn what you’re looking for, and you know a first-rate catch when you see one.”

Open houses have some form of sign-in sheet, whether paper or electronic, for the hosting agent to record the number of visitors and follow up with interested parties.

You also may see a questionnaire asking about your price range, the size of home you’re seeking (two-bedroom, three-bedroom, and so on), and whether you’re working with another agent.

Agents representing buyers sometimes have an agreement in place that states this agent has the exclusive right to represent them for a defined period, Zucker says. He’s told his clients to mention they’re working with him if they visit an open house without him.

“Nine times out of ten, the open house agent will call me or email me afterward and just say, ‘Hey, your client stopped by the open house. Can I get some feedback?’” he says.

If you’re working with another agent and the hosting agent contacts you afterward anyway, it’s fine to say, “I’m working with someone.” And if you’re not? “I was just looking” is a polite way to disengage.

5. You’ll get the chance to look around and take notes.

That’s why you’re here. Real estate agents expect you won’t paw through people’s belongings or engage in any of these other open house etiquette fails, but don’t be shy about opening closet and cabinet doors and drawers on any built-ins. If you feel awkward, ask the hosting agent whether you can look inside.

“People are embarrassed to open somebody else’s closet or kitchen cabinets, so I just do that because I know that they don’t want to,” Zucker says. “It’s important to see what’s in there as far as capacity. Also, are these sellers neat? Because if they are, that’s great. They probably maintain their house. If they’re messy, maybe I’m going to be looking more carefully for some deferred maintenance.”

Open houses often have handouts with descriptions of the property, such as square footage and features, but you’re welcome to jot down notes and take measurements if, say, you have a California king-size bed to move.

You’re also encouraged to do little tests as you perhaps did before renting a place, such as turning on faucets to check for clear water, good pressure, and no banging in the pipes. Here are other ways where it’s OK to be nosy during an open house:

By the way, if you really like the property, consider driving by it the following day or after dark to see what the neighborhood is like when there’s no open house.

6. The agent will be ready to talk about the house.

The hosting agent expects visitors to ask questions. Here are a few basic ones you can use:

7. You’ll set people on edge if you bring food, drinks, or pets. As for children, age matters.

An open house isn’t a housewarming party, so don’t expect to eat or bring food or drinks with you. Some hosting agents set out light snacks, but others don’t want to bother with crumbs. “I don’t want to clean up after somebody,” Zucker says. “I have bottled water in the summer, but that’s about it.”

As for pets, the seller might have a pet snugly in a carrier or cage in the garage so it doesn’t get loose or distract buyers, but please don’t bring any of your pets to examine the property, even if one is your “baby.”

Speaking of babies, Zucker and top-selling real estate agents Matthew and Jenny Cannon of Sarasota, Florida, all parents themselves, agree that infants are easy to carry through an open house and that teens can prove valuable, asking questions about the neighborhood, schools, and activities.

But toddlers and elementary-age children get bored easily, so if you can’t arrange for child care, bring a spouse, partner, or friend along to occupy them outside so you can focus on the property. Sellers aren’t going to childproof a house on your kids’ behalf.

An open house is still someone else’s house, so dress appropriately — no suit and tie, but also no tired tank tops. You’re a potential buyer, so you want to look the part. Wear comfortable shoes for walking through rooms and navigating stairs, but be prepared to slip them off and pad around in socks if the current owners request that visitors remove their shoes beforehand.

Be as polite to the hosting agent as you would the homeowner, and ask before taking any photos or videos of the space to respect the sellers’ privacy.

9. You’re probably being watched, so practice that poker face.

With so many houses sporting security cameras video doorbells, “nanny cams,” and the like nowadays, assume that you’re being watched the moment you set foot on the property. “I always tell people — whether I’m with them or not — there are cameras in everybody’s houses, so obviously…don’t take anything, and don’t say too much because it could come back to you later,” Zucker says.

We know that sounds like something ripped from an episode of Law & Order, but consider: If the hosting agent, who works for the sellers, hears you gush about how much you love the house and what you can afford, well …

“All of that stuff can be used in a negotiation,” Zucker says. There goes any leverage you might have, especially if you don’t have an agent working on your behalf.

All that said, don’t forget to enjoy the experience of being invited into someone else’s home for a bit. An open house can be a relaxed and enjoyable event — and if it happens to take place in a home that steals your heart at first sight, it also can change your life.