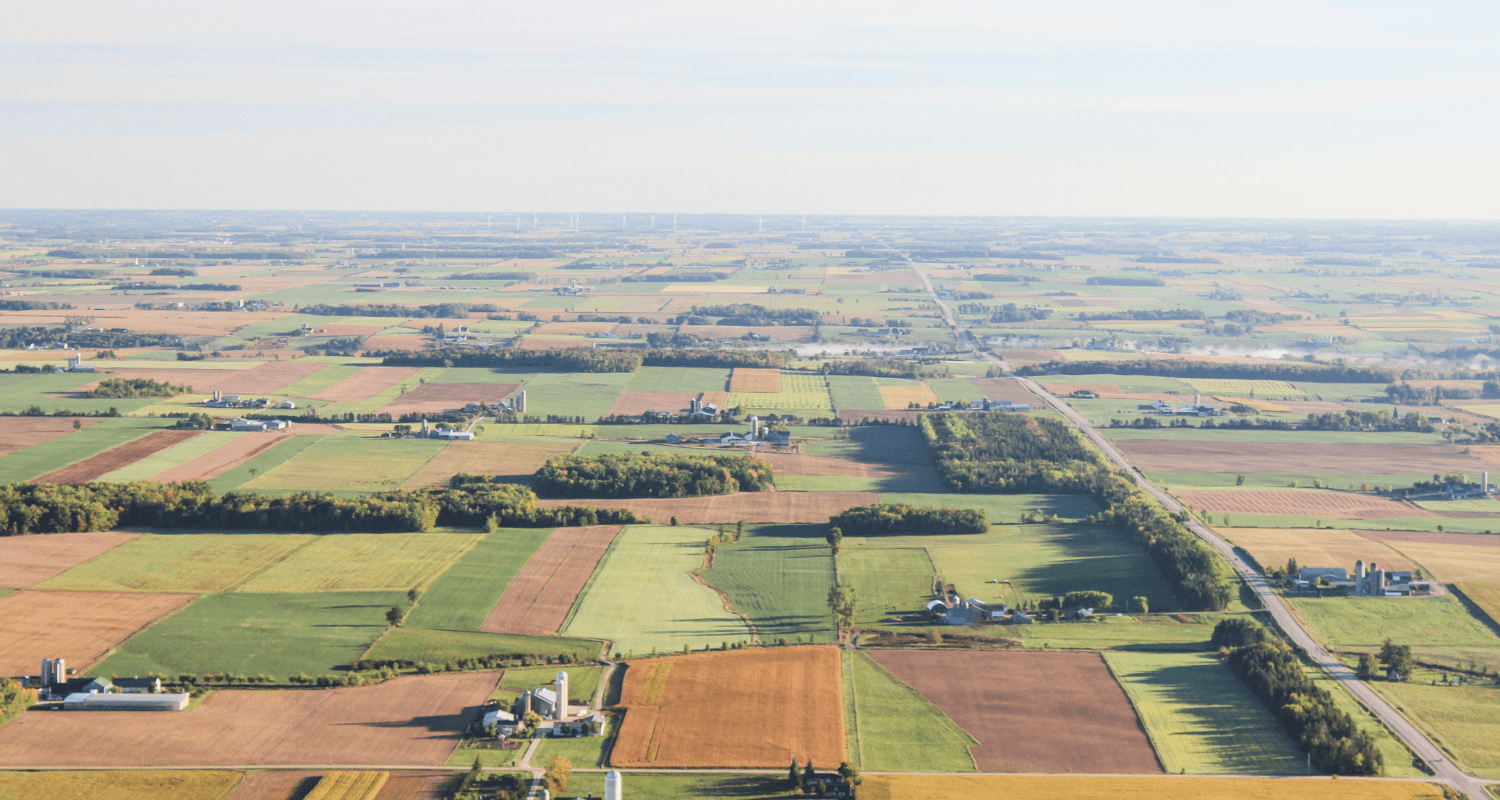 Elvis might have liked the bright light city, but for certain buyers, a green acre (or several) is the place to be. Finding those buyers once you’ve gotten away from it all can be a bit of a challenge, however.

“There’s a large population in our metro area that loves the idea—and I’m one of them—of living on an acreage,” said Timothy Schutte, a top performing Des Moines, Iowa, real estate agent who grew up on a farm and now has a specialization in farm property.

The privacy they offer gives country houses, rural property, and acreages a certain allure, but “most of them have a longer time on the market because they do have a smaller segment of people that buy them,” he added.

To keep those days on market down as low as possible, we’ve compiled six ways to increase the value and marketability of rural property so that you can find the right buyers for the home you’ve grown to love.

Living that country life: Tapping into what rural buyers want

About 60 million people, or 1 in 5 Americans, live in rural America, according to the U.S. Census Bureau. Although “rural” admittedly means different things to different people, the Census classifies rural areas as being far from urban centers, sparsely populated (less than 2,500 people), and having low housing density.

Consider: More than 80% of the nation’s population lives in urban areas, which comprise just 3% of the entire land area of the United States, Census data shows. By contrast, just 19.3 % of the remaining population is scattered across 97% of the nation’s rural land mass.

The peace and quiet, slower pace, and connection to nature are just a few reasons people love living in the countryside, according to publications like Country Living and Living the Country Life.

But it also involves a lifestyle change, notes Schutte.

“The biggest thing when we’re talking to buyers and sellers is they want privacy. They don’t want to see neighbors too close,” he said.

Because of the maintenance involved, Schutte said that his buyer demographic for rural property tends to be people younger than 50. “It does add 20 minutes to your commute. You spend three hours more a week mowing. There are different things to take care of. And that changes how you do your daily job and what activities you’re involved in.”

1. Show how your rural property is still easily accessible

Buyers might like being off the beaten path, but a house in an out-of-the-way location may need more aggressive marketing, according to Robert Irwin, author of Home Seller’s Checklist, speaking in The Chicago Tribune. What’s more, a home that’s inconvenient to major roadways and stores might benefit from a price cut, he said.

If your home is not tough to find, tout that as a feature, added Schutte. “We have a lot of gravel roads around Iowa, and to be on pavement can add 5 to 10% to the value of a property.”

Regardless, give clear driving instructions on how to reach your house (as in how many miles on which roads), advises the personal finance website PocketSense. Make sure that your home is well-marked with large address numbers on the outside and right by the driveway or mailbox.

Curb appeal is always key, but especially so with a rural property, where potential buyers might be deterred about all the extra outside work involved.

Attractive landscaping implies that a home is well-maintained, according to a 2018 survey of industry Realtors, who said that a landscape maintenance project recently resulted in a sale.

A fence alone can add value, considering that an appraiser will detract from its full value, based on its condition.

“I was recently on a property where the gentleman had passed away and he hadn’t cut any of his overgrown trees for 20 years,” Schutte said. “Just making sure your fences are in good shape really goes a long way to help your curb appeal.”

Listing your property during the time of year when it looks its best also can impact the quality and quantity of the offers you receive, say the experts at LAND magazines, the largest rural property publications in the country.

Spring is a favorite time to list real estate and raw land, but any proximity to hunting, fishing, or watersports can help with a marketing plan in the summer and fall, let alone how your house looks against a backdrop of colorful foliage. If you live near a prime skiing or skating area—or somewhere balmy when other areas are shoveling snow—winter may be a prime time to show off.

As much as they might not want neighbors on an adjoining patio or across the back fence, people in rural areas cherish the neighbors they have.

Wide Open Country magazine listed among its top 5 reasons that “country folks live better” the fact that they build a strong community with friends and neighbors: “Everyone knows everyone way out in the country, and you always know you’re loved and taken care of.”

That sense of connection is a big selling point.

“If you can get an acreage that has community and can advertise that, that’s really helpful,” Schutte said.

“I was at a friend’s house this last weekend, and their two family members that live a quarter mile away and four other people that live on that street within about a mile all have golf carts.

“And if somebody’s having a party, all the golf carts show up … They had a horse barn and about 20 people with their horses to go around the arena. Because that’s the community.”

Potential buyers will want to know all about the utilities at your rural property, both basic and more high-tech.

If you’re not part of a sanitary sewer system, what type of septic system do you have? When was it inspected last?

In Iowa, the type of soil that you have dictates what septic system needs to be installed, so although a septic tank with a distribution box and lateral fields might be relatively low maintenance, your property’s composition might require another option, Schutte said.

(While you’re at it, make sure the septic system is in working order. Iowa, for instance, has a time of transfer septic system inspection law, requiring that every home or building with such a system must be inspected prior to sale or deed transfer.)

Liquid propane, or LP, is another utility to bring to potential buyers’ attention, as they might be more accustomed to metered natural gas, where the price doesn’t fluctuate as much.

“When you go to a more rural setting, you’ve got to have [LP] dropped off. Somebody comes and fills your tank, and you might be good for six months or a year, but you’ve got to pay attention to that,” Schutte said.

“I’ve seen people that forget to do it, and they run out and it’s cold outside. So then they have to get somebody there in an emergency to fill up so the house doesn’t freeze.”

5. Get smart with technology

Does your rural property have high-speed internet—or any internet service at all? That could be a boon to potential buyers.

CNET noted just last year that while many U.S. carriers promise speedy 5G wireless service, pockets of the country still have slow or even no internet. “In many rural areas, there are only one or two providers, and the service available is pricey and spotty,” CNET said.

An FCC report from May 2019 said that by the end of 2017, there were 21.3 million Americans lacking a connection of at least 25 Mbps (or megabits per second). The majority of those gaining access to such connections (about 4.3 million) were in rural America, the FCC said, but acknowledged that more work needs to be done.

Security cameras are another attractive selling point, noted Schutte. “We are seeing people buying home security cameras more often. And when they use those, a lot of times they find animals destroying stuff … It’s amazing what a raccoon can do.”

Considering that 98% of the population has access to LTE coverage, using smart home technology through a mobile app to view camera feeds and arm or disarm a system also could put you ahead of otherwise comparable rural properties.

Smart home technology can help with maintenance, whether you want a convenient eye on livestock and outbuildings of expensive tools and equipment, or the peace of mind of security and access to emergency services, said Vivint Smart Home, which serves more than 1.4 million customers throughout the United States and Canada.

Not every country house is a storied estate like the one outside Acadia National Park in Maine that serves as Martha Stewart’s summer home.

Architect Duncan Candler completed it in 1925 for automotive executive Edsel Ford, and Stewart inherited the original china, linens, glassware and silver, along with leaded-glass windows and waxed wood, according to Architectural Digest.

But if your property has historic or quirky features, they might help clinch the deal. One Greek Revival house on six and a half acres in Millbrook, New York, featured in Country Living, for instance, has a specially designed bas-relief on the exterior of the family dachshund chasing a rabbit, a shaded trellis for outdoor dining, a functional mudroom, and a flower garden with more than 200 perennials, annuals, bulbs, shrubs, and rare plants.

Not sure if you have anything of that scale?

An “owner’s scrapbook” for visitors featuring what the sellers liked most about living in the home is another way to boost the property’s charm, according to The Chicago Tribune.

Those recollections also might help your real estate agent in finding the best comparable properties to price your home accordingly and in developing a marketing plan. An unobstructed view of the summer night stars might be just the perk that speaks to your potential buyers.

Finally, make sure to hire an agent who knows the rural property ropes

When you set out to sell a rural property, it’s unlikely that an agent who’s used to marketing condos or urban homes in the big city will be able to advise you on the unique characteristics, selling points, and drawbacks of your country house.

It’s key in this case to make sure that your agent has the right relevant experience for your needs. If you’re having a hard time finding the right fit, relay your needs to one of our concierges at HomeLight who, through our agent-matching service, can identify a few good candidates in your area to help you narrow down the search.