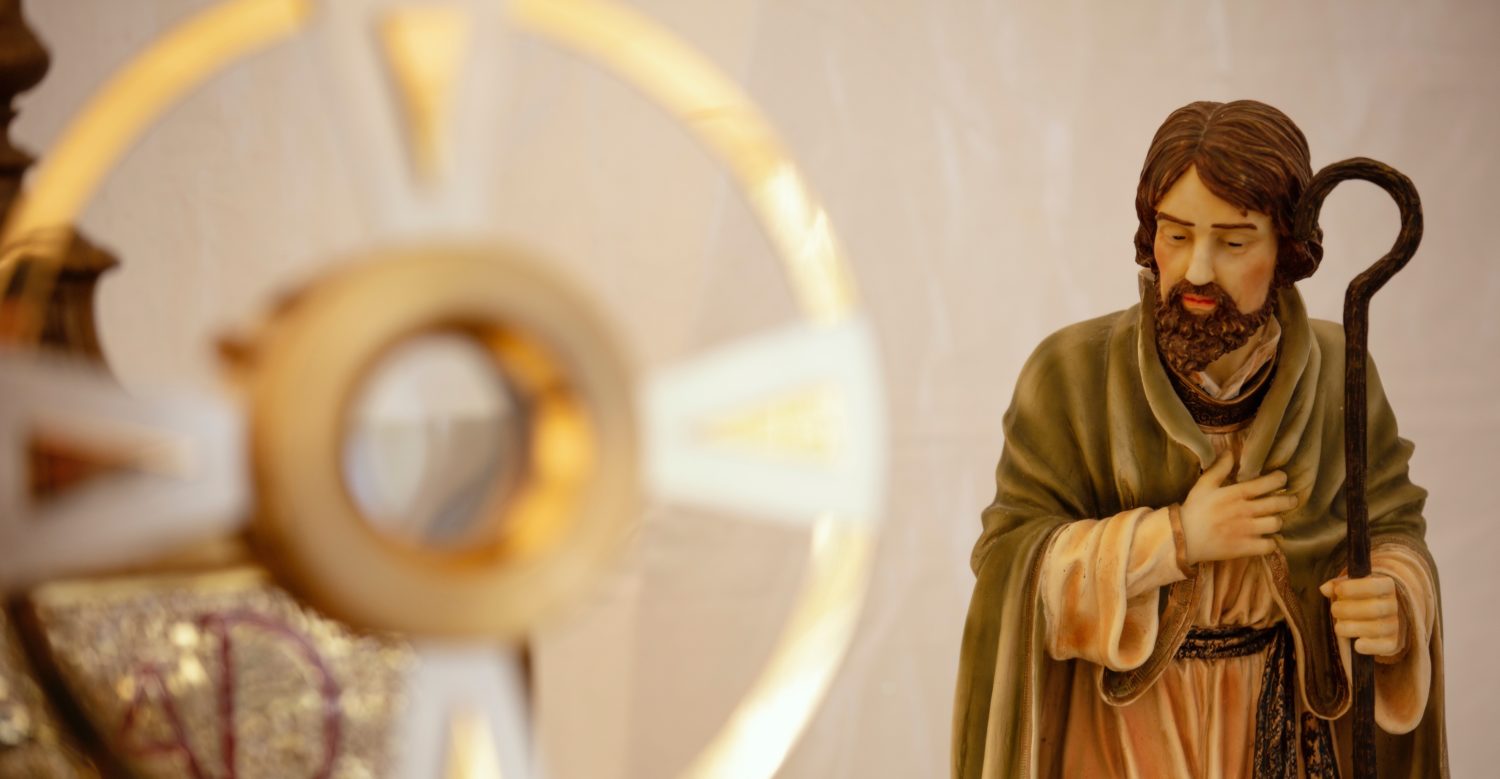 Many of us, religious or not, recognize St. Joseph. In the Nativity scene at Christmas, he’s the strong, silent type protecting his wife Mary and the new baby.

Many sellers believe burying a statue of St. Joseph will help them get their house sold. That’s the theory, anyway. The practice may seem odd to some, but every seller knows you have to do what you can to edge past the competition.

Well, we’ve taken a good look and can tell you all about St. Joseph, why and how people bury his statue, and what’s really important: whether you should.

The History of Celebrating St. Joseph and Burying Him To Sell Your House

Many places in the country with Roman Catholic, Italian, and Polish communities love St. Joseph.

New Orleans, New York City, Providence, RI, and many more, celebrate his feast day on March 19. There are parades, homemade altars, red clothes, and gifts of food to charity. A Rhode Island kosher bakery has even been known to bake red bagels in honor of his color on that day.

This burying practice (or superstition) has misty origins, but it’s said that St. Teresa of Avila needed land for another convent in the 16th century. She and her nuns buried medals of St. Joseph and prayed to him. It was not long before they got the land they needed to continue their work.

There is also the old German ritual of carpenters burying a statue of their patron St. Joseph in the foundation of the house they were building. In the late 1800s, Brother Andre Bessette of Montreal repeated St. Avila’s medal burial when owners would not sell him the land he wanted for a chapel. The story says they abruptly changed their minds and made the sale!

Any of these legends may have contributed to the belief that the St. Joseph statue can help in a real estate deal.

There is really no record in folklore about statue burial as a widespread practice. There just isn’t…until the 1970s. So it’s more a trend than a tradition, one that heated up in the 1990s. And, if you put any stock in internet testimonials, it’s still going strong.

The Roman Catholic Church does not officially recognize or reject St. Joseph statue burial, although they emphasize it’s an act of faith, second to your all-important belief and prayers. You don’t even have to be Roman Catholic, since the Anglican/Episcopal, Lutheran, and Eastern Orthodox churches all venerate St. Joseph. In fact, holding at least some Christian belief in the Holy Family seems to be enough to make burying the St. Joseph statue to sell your house an option.

But beware thinking of it as just a superstition or calling St. Joseph a mere good luck charm. Some of the faithful consider it an insult to the saint and the church to use him like a rabbit’s foot or a four-leaf clover.

How to Bury a St. Joseph Statue

There’s no One Official Way to bury the St. Joseph statue; sources agree on a few things and give mixed messages about others.

A small, simple statue of St. Joseph is all you need. You can buy one online; in fact, there are websites dedicated to selling them, even in kits with instructions and prayers, and they’re also available on big sites like Amazon. The statue should be wrapped in a clean cloth, such as a small towel, to protect it. Some people also use a plastic bag with a seal.

When it comes to the actual burial, things aren’t quite as clear.

Sources Say You Should:

Then, sources agree, you need to say your prayers. Ask for the saint’s intercession when you bury him and pray to him every day until the house is sold.

When your house sells, retrieve the statue from the ground and take it with you. Some instructions say if you leave St. Joseph buried, no one will live in the house for long because you’ve stuck it in a sale-and-purchase loop.

In any case, leaving him in the ground seems ungrateful. Much better, and recommended, to find him a spot in your new home as a show of thanks. Perhaps where he has a nice view.

Do People Really Use St. Joseph Statues to Sell Their House?

Whether your response at this point is “So people do this?” or “Of course people do this,” there are plenty of opinions online. Some say it doesn’t work, and some say it hasn’t worked…yet. Some folks comment that the house hasn’t sold, but other good things happened to help the process.

And you know what? There are plenty of comments from people whose homes sold fairly soon after, or remarkably soon after, they planted a statue. A great “mixed review” reports a man got frustrated, dug up his statue, and threw it in the trash. Not long after, his local dump where the St. Joseph statue ultimately ended up…got sold.

The results of an unscientific survey of Amazon reviews for one statue kit are what you would expect from any broad look at the real estate market: some homes sold quickly, some sold eventually, and some have not sold. This is what the reviews say, and you could have guessed that.

But there are a lot of reviews! A lot. The believer and people willing to try anything are reviewing almost daily. About 50 reviews so far in 2017 for just that one kit, and they pop up non-stop through 2016, too. Using the St. Joseph statue to sell your house is definitely still a Thing.

If You Want to Try Using the St. Joseph Statue to Sell Your House

Many statues and kits are inexpensive, in the under-$20 range. You can find St. Joseph plain or painted, wearing a Biblical dress or a carpenter’s apron, making holy gestures or holding his tools. Generally, they’re a couple of inches tall and made from plastic or resin. Some are rather cute, others serene and serious.

Kits contain instructions and prayers, which are also online for free, but some of the prayer cards look nicely made for display in your home while the saint is underground.

If you don’t bury St. Joseph’s statue, but you would like whatever helpful intervention might be out there, try beckoning the saint’s protective spirit with small touches that symbolize him:

Here’s the Rub About the St. Joseph Statue: You Probably Shouldn’t Bother

Sure, it’s not expensive, and it can’t do much to hurt your chances of selling your house. Unless, that is, you rely only on the statue: to borrow a phrase, St. Joseph will be more likely to help those who help themselves!

A great real estate agent is still the best guarantee your house will get sold.

After all, St. Joseph’s reviews are a little iffy. As happy as you might be for people who feel their faith was rewarded, you still want an agent with a proven home-selling track record in your area.

HomeLight can find you that fantastic real estate agent by analyzing millions of housing transactions across the country. Data, science, and a real estate agent’s proven success are going to give you a much stronger chance of selling your house fast and for more money.

Teachings about St. Joseph all through Christianity refer to his “patience, persistence, courage, and hard work.” You and your real estate agent need these qualities as you work towards that sale, so the saint can be a good role model. You don’t have to bury him. Maybe still have a zeppole.